As part of the Blue Route Hubs Project, Bicycle Nova Scotia has recently completed a network plan for Port Hawkesbury which links the Blue Route through Town, and connects residents of Port Hawkesbury with the places they need to go everyday. This work is also being done in Wolfville and New Glasgow, and network plans will be finalized in these towns in the coming weeks.

In order to determine what 3 routes could best serve the community of Port Hawkesbury, BNS worked with the community hosting an in-person event, and offering 2 opportunities for public engagement through online surveys. Popular destinations in Port Hawkesbury were identified, such as the Waterfront/Granville Street. Current issues such as the hill between Reeve Street and Granville Street and crossing Reeve Street to get from NSCC to Granville were also identified. 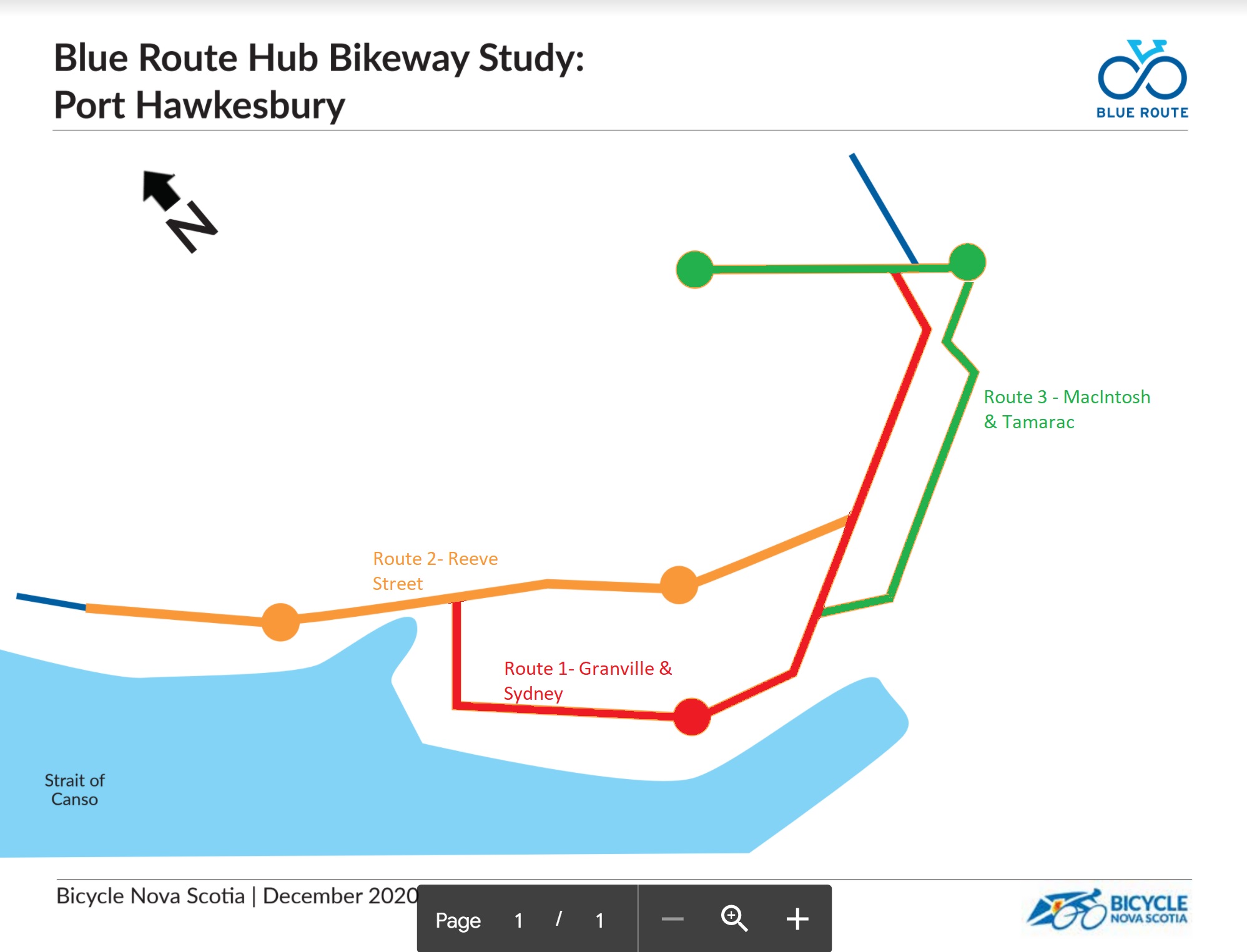 The proposed 3-route network for Port Hawkesbury connects many of the residential areas in town to local amenities along Reeve Street, the shopping center on MacIntosh Avenue, the Tamarac Education Centre, the NSCC and the Waterfront. While originally the third route travelled completely along Paint Street, public feedback identified that as a particularly undesirable route and it was changed to MacIntosh Avenue. Additionally, BNS received comments about how unsafe riding a bike on Reeve Street and Trunk 4 would be. While no route is proposed on Trunk 4 for this reason, Reeve Street connects to a number of local destinations, and BNS highlights the need for separated infrastructure on Reeve Street in order to be appropriate for All Ages and Abilities (AAA).

Recently, BNS presented the proposed network plan to the council in Port Hawkesbury and based on comments from councilors and previous public engagement, the final stage of the project will be developing concept designs for Route 1 (Granville Street & Sydney Road). We are currently designing options and will be reaching out to determine which layout would work best for residents in Port Hawkesbury.