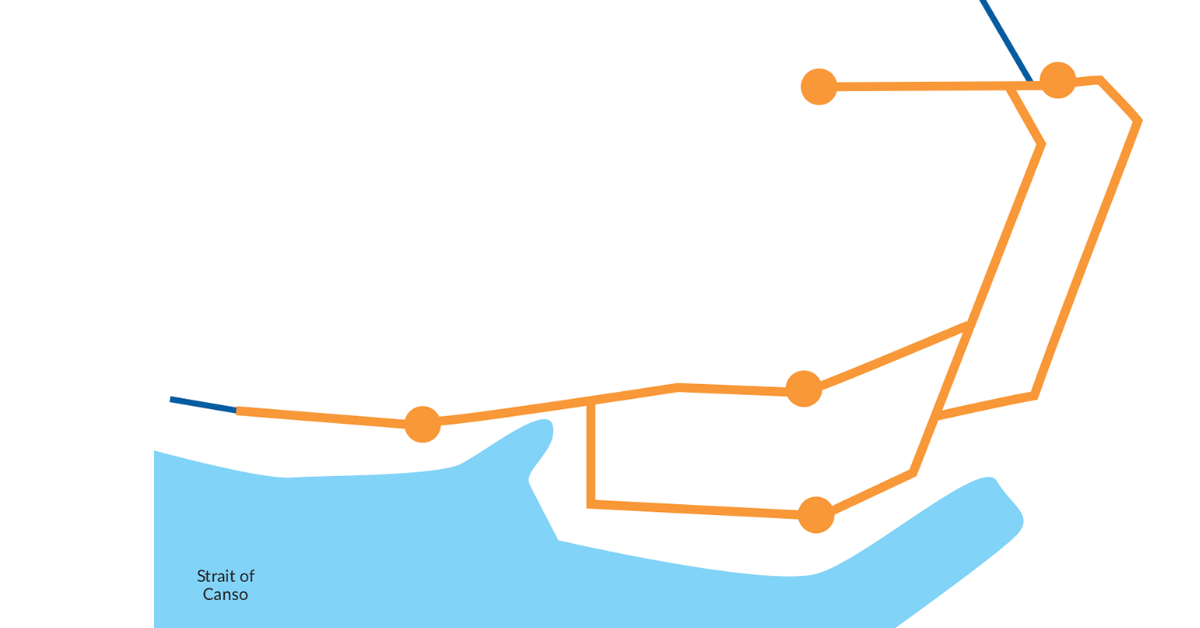 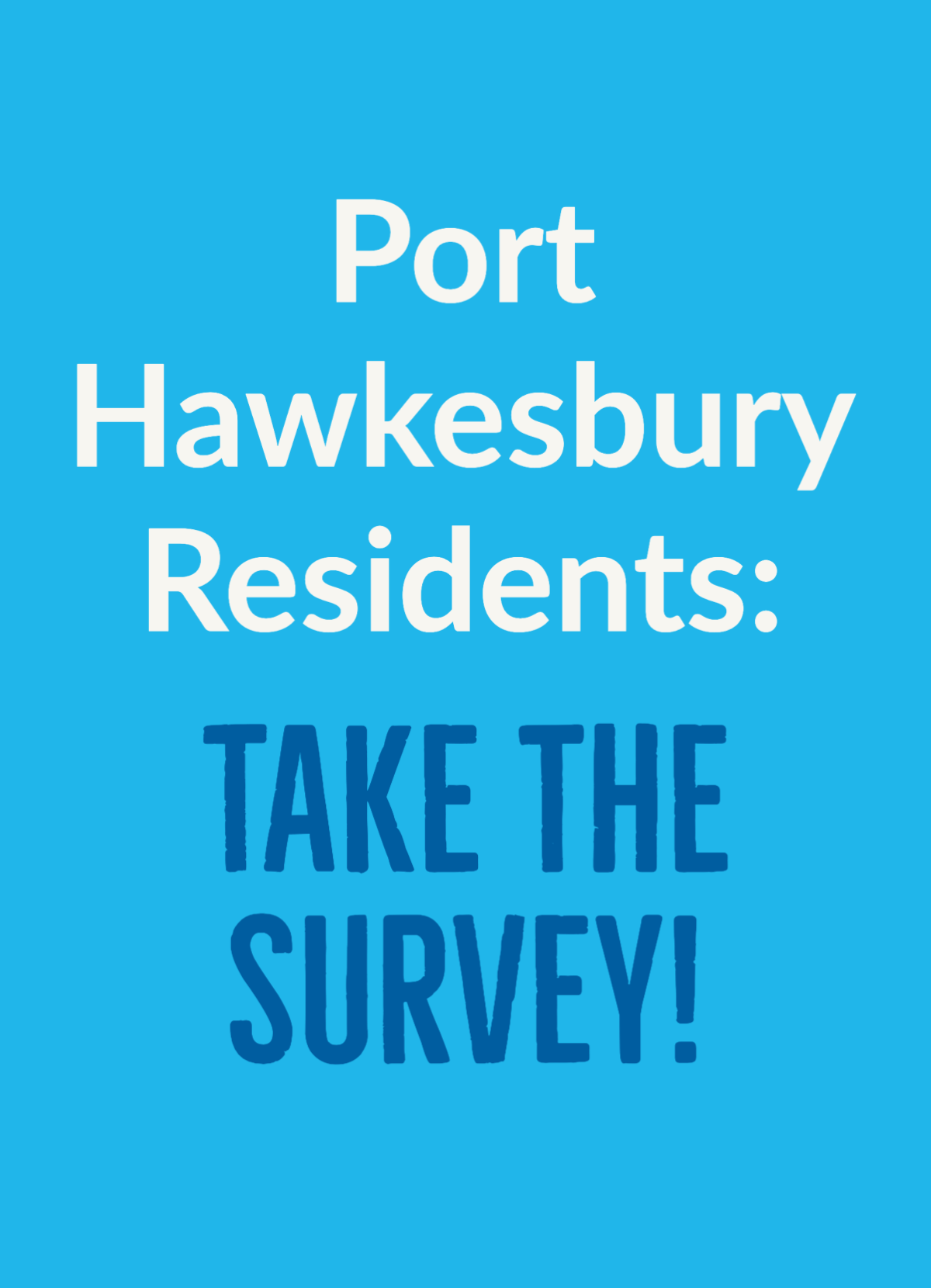 Help shape the future of transportation in Port Hawkesbury by answering our survey!

Bicycle Nova Scotia and the Town of Port Hawkesbury have been working together to develop a network of safe cycling infrastructure for the Town, using input from the initial event and survey, topographic and traffic data. Bicycle Nova Scotia is proposing a 3-route bicycle network for Port Hawkesbury. This is the first Stage of the Blue Route Hubs process which hopes to finalize a route network plan for the Town, as well as develop a concept design for one of these routes, to show what the infrastructure could actually look like on the ground.

This route begins at the intersection of Granville Street and Reeve Street, travelling along Granville, and turning up Sydney Road, to connect back with Reeve Street. This route takes advantage of the more gradual slopes to connect the Town to the waterfront. It also would use the existing footpath to extend up to Pine Crest Drive, connecting to the north end of Town.

The route is proposed to span the length of Reeves Street, from Charles MacLean Road eastbound to the intersection at Sydney Road. This will provide direct access to NSCC, the Civic Centre and the businesses along Reeve Street.

Tell us what you think.


This is the first version of the proposed network, and as an expert on the Town, we want to hear from you whether this makes sense for the journeys you want to make by bike. The survey is open until January 11th.