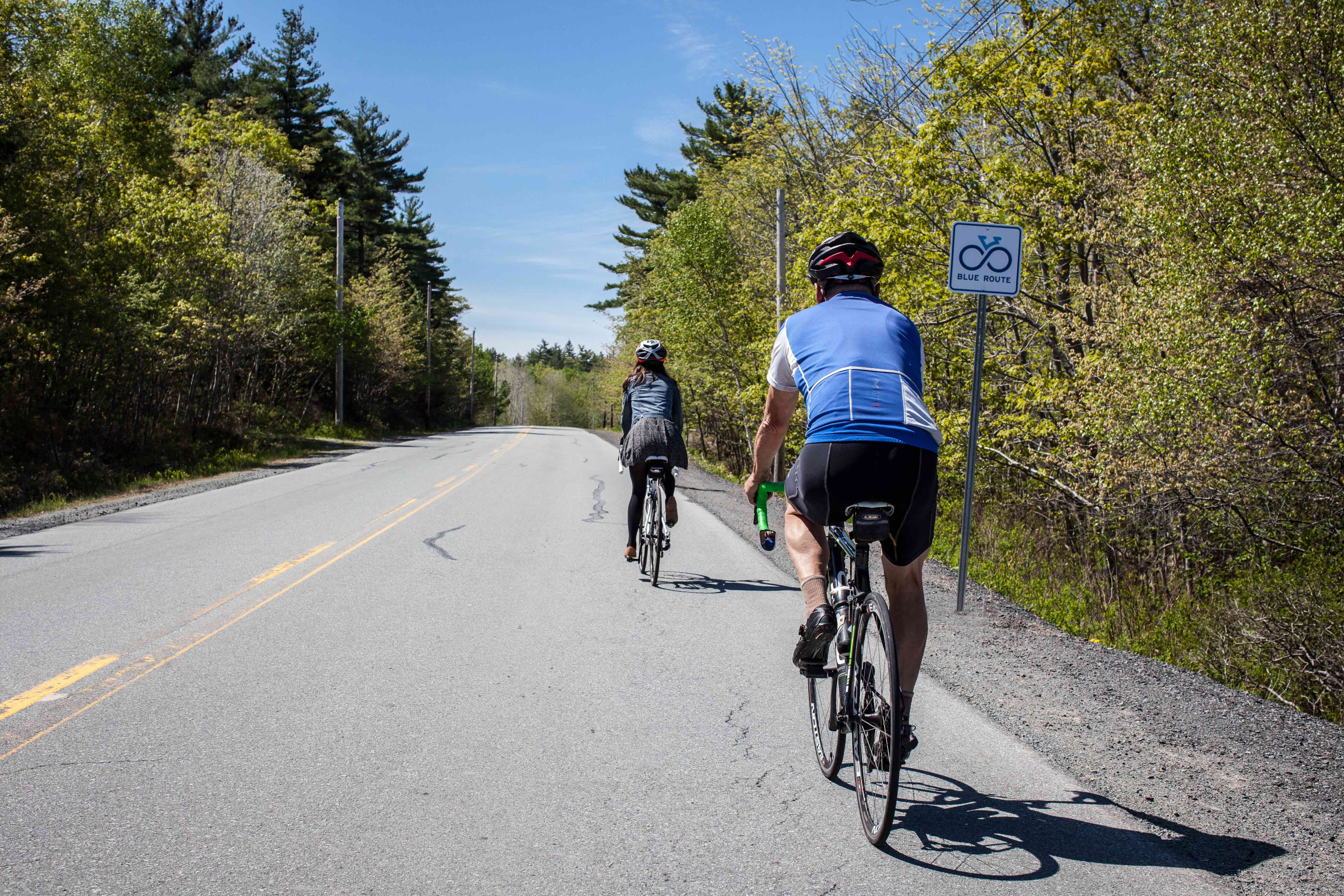 The Blue Route provincial cycling network will connect Nova Scotia’s communities through designated cycling routes on secondary highways with paved shoulders, low traffic volume roads, hard surfaced trails, and city streets. The concept of the Blue Route is based on the award winning Route Verte in Quebec, which brings in upwards of $200M in tourism revenue each year and is seen as one of the best active transportation networks in the world.

Once completed the Blue Route comprise a ~ 3000km network of signed bicycle routes, connecting riders with communities across the province.

The Launch of the Blue Route

The first segment to launch connects Pictou to East Mountain (Bible Hill) along segments of the provincial road network (Route 376 and Trunk 4) and the Jitney Trail (co-managed by the Town of Pictou and the Pictou County Trails Association). The entire planned route is 56 km in length, which includes 53km on provincial roadways and ~3km on the Jitney Trail.

Although this is a relatively small length of bicycle route, it is a significant realization of many years of hard work, partnership development, and collaboration. Any journey starts with taking that first step…

We are very excited to officially launch the first segment of the Blue Route on August 6th in Pictou. We hope to see you there!

View the first segment of the Blue Route here: http://bit.ly/BlueRouteLaunch

As part of the Blue Route launch on August 6, we are hoping that some cyclists will ride the route from the Truro area and join us for the ceremony in Pictou, starting at 2:30pm. The ride from the carpool parking lot outside of Bible Hill (see map) to Pictou would be approximately 56km, meaning a round trip would be around 130km. http://bit.ly/BlueRouteLaunch

The other option is to park at Salt Springs Provincial Park and ride from there. It is approximately 22km from Pictou, meaning a round trip would be a total of around 55km.

Unfortunately we are not able to coordinate any sort of official ride or arrange a shuttle bus. We are hoping that some people in the cycling community will coordinate themselves and cycle some of the newly minted Blue Route and join us for the event. 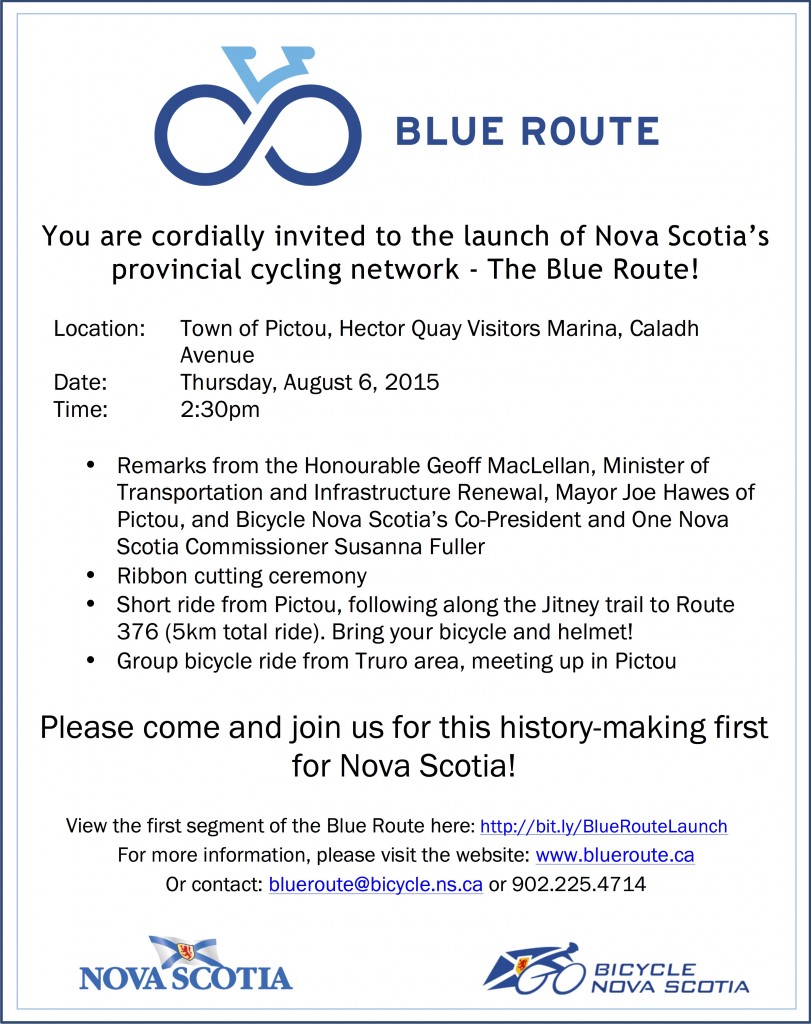